You are here: Home > Our Alliance > Our Steering group

Our steering group oversees the work of the Red Kite Teaching School Alliance and ensures that we are working in the interests of all our partners. 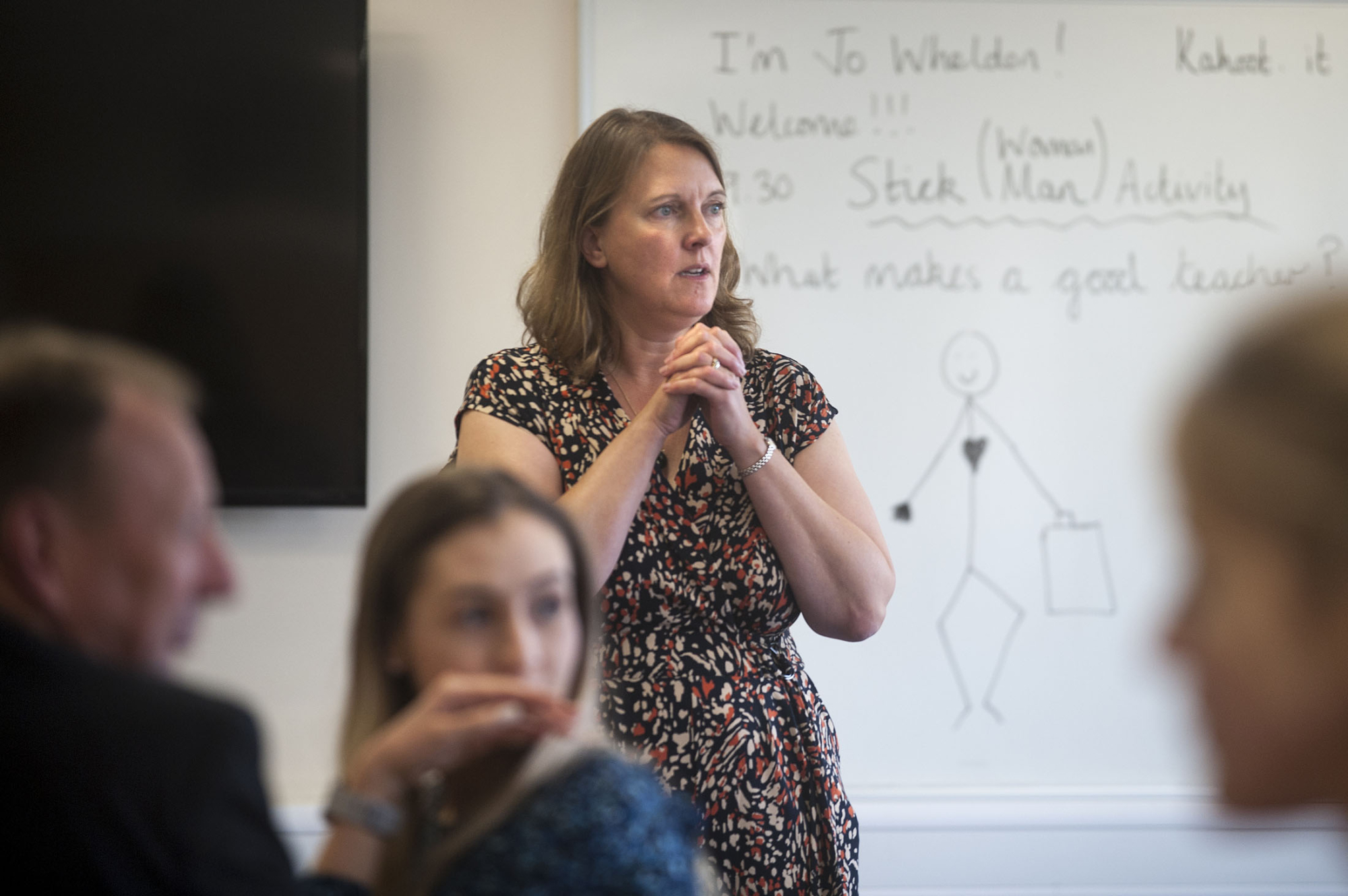 Janet has been Headteacher at Prince Henry's Grammar School since 2009. Under her leadership the school has improved significantly, particularly in terms of student outcomes. Ofsted have graded leadership and management at the school as ‘outstanding’.

There has also been a notable improvement, during Janet's headship, in the many other important aspects of educational provision: The school is featured on Ofsted's good practice website for its exceptional anti-bullying and equalities work, including strategies to tackle homophobic bullying; The focus on equality and celebrating diversity is an additional strength which has helped to secure the positive ethos and sense of global citizenship that pervades the whole school.

Janet has had a range of senior leadership experience in a variety of schools in different socio-economic contexts. Before taking up headship at Prince Henry's she successfully led a school, situated in one of the most socio-economically disadvantaged areas of Leeds, out of the Special Measures category. As strategic lead for the Yorkshire Leadership Community, Janet chairs a group made up of representatives from nearby Teaching School Alliances (including RKA) and Local Authorities. This partnership has been successful in providing teaching staff and school governors from across the region access to a range of high-quality, school-led leadership development programmes to match their needs.

Janet has several years’ experience as a School Improvement Adviser (SIP) working with a range of schools across North Yorkshire Local Authority. More recently she was appointed as a National Leader of Education (NLE) by the National College and has supported colleague Headteachers and members of SLT in a number of schools. 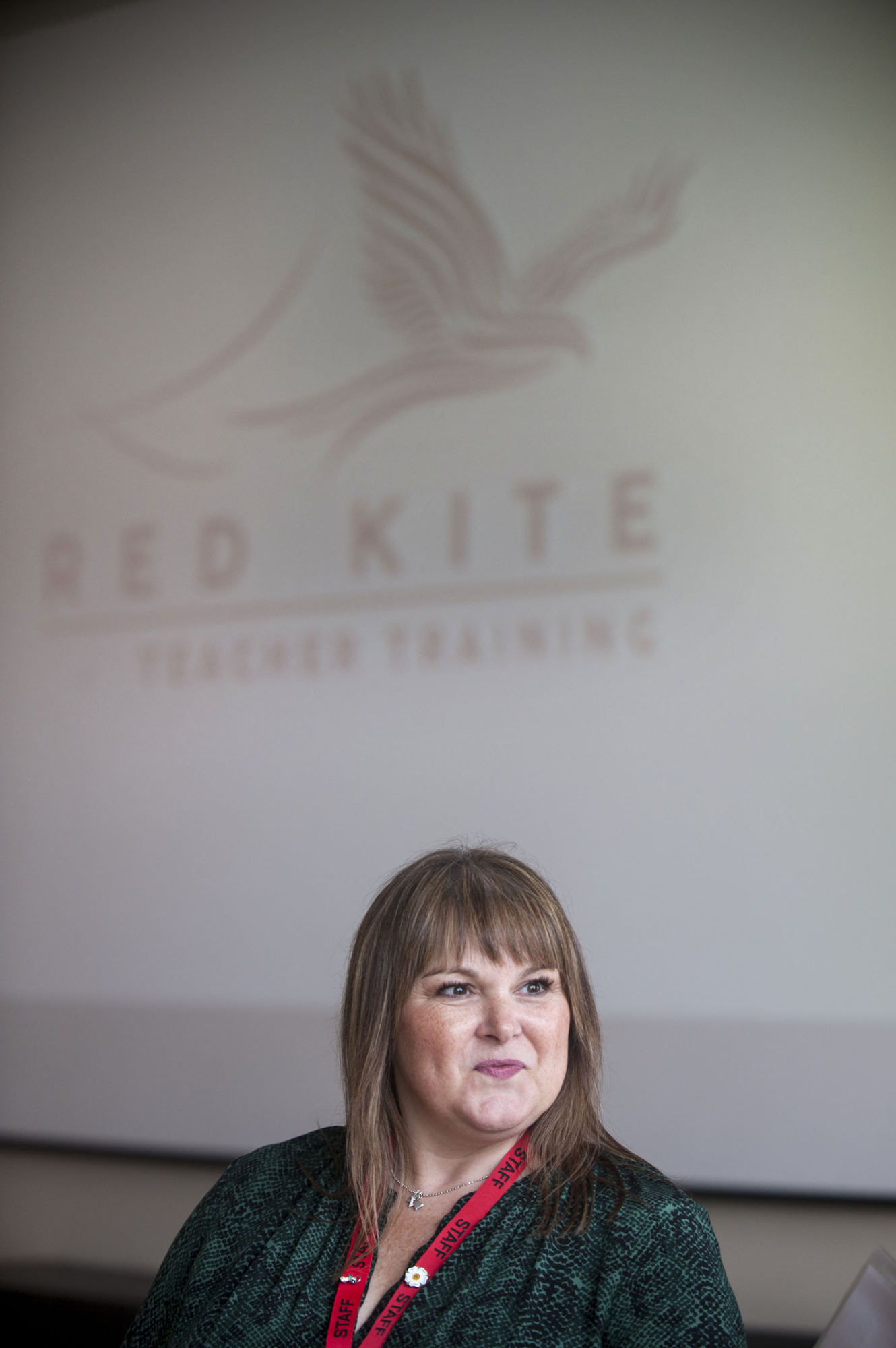 Under Richard’s leadership Harrogate Grammar School, one of the UK’s top performing comprehensive schools, became the first Academy in North Yorkshire in March 2011.  In 2012 it became one of the country’s first Teaching Schools and in 2015 joined with 2 local primary schools to form the RKLT, a Multi Academy Trust.  Richard was appointed CEO of the RKLT in 2015 on a part time basis.  With the expansion of the Trust in 2018 Neil Renton was appointed as Headteacher of HGS to allow Richard to work full time as leader of the Trust.  As Executive Headteacher he continues to take the lead role in the work of the Teaching School.

Richard joined Harrogate Grammar School as Headteacher in 2007 following several years as a senior teacher, deputy head and head in inner city schools in Bradford and Leeds.  A geography graduate from Sheffield Hallam University, Richard has a PGCE from Leicester University.

He serves as a National Leader of Education support schools in challenging circumstances.  Richard is Director of the Red Kite Alliance, a Teaching School Alliance that is made up of almost 50 schools, both primary and secondary.  Richard also served as President of ASCL and continues to be involved in education at a national level.

Helen has been Headteacher at Ilkley Grammar School since September 2014. She was previously Vice Principal at Minsthorpe Community College in Wakefield, and has extensive experience of working in a range of large successful 11-18 schools across the West and North Yorkshire region, including South Craven School, Garforth Academy and Ossett Academy.

Helen sees being part of the Red Kite Alliance as a key partnership initiative, where school to school support and professional development programmes go hand in hand with being at the forefront of system leadership. 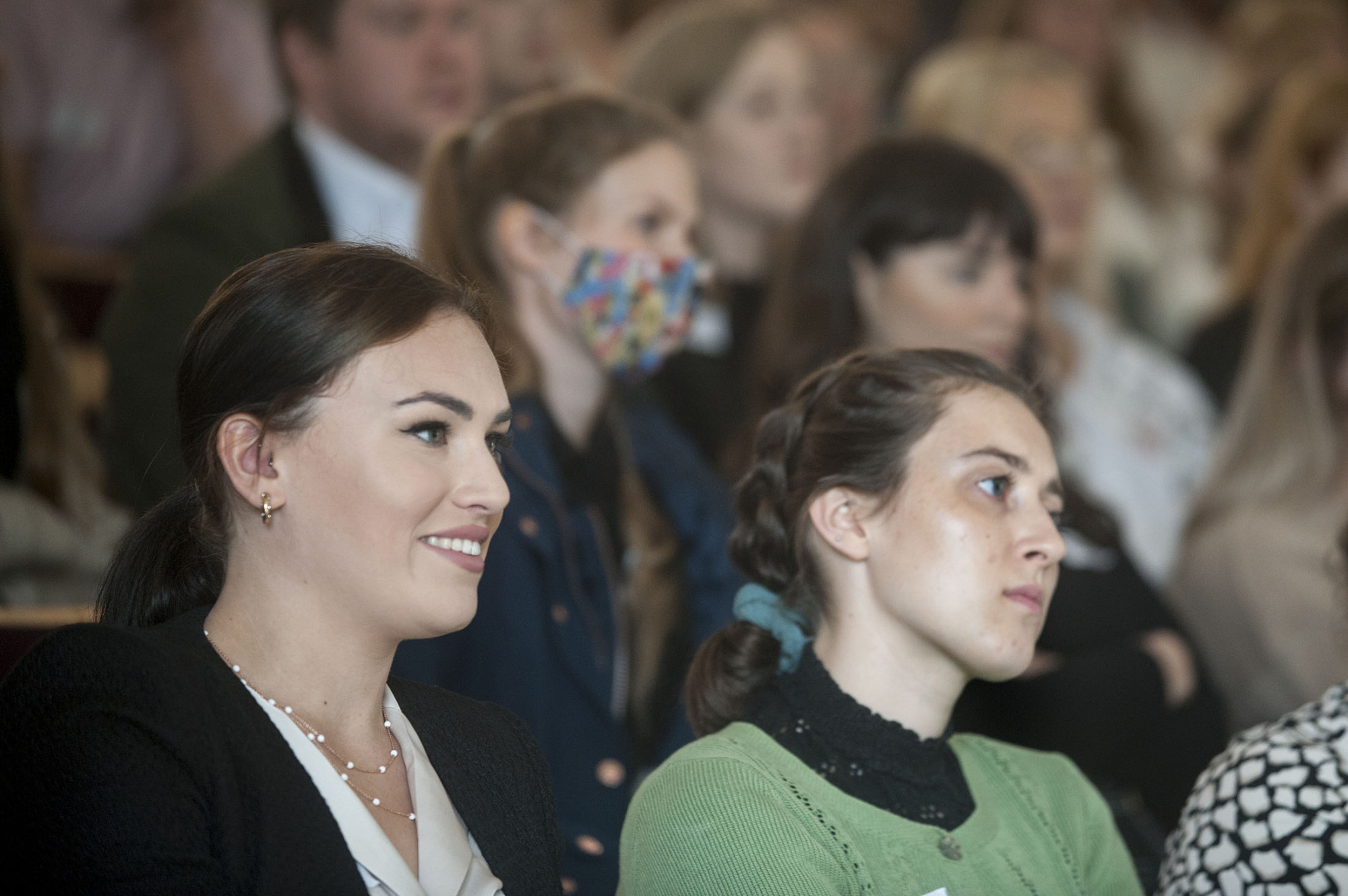 Helen Woodcock has been Headteacher at Rossett School  since 2014. Her previous experience lies in leading teaching and learning as deputy Headteacher at South Craven School ensuring the OfSTED judgement of 'Outstanding' for this school in May 2013. After a year as a seconded Headteacher leading a school from special measures to academy status, she joined Rossett in September 2014. She has also been active in the leadership of teacher training for over twenty years in both Essex and now Yorkshire.

Rossett School has been graded by OfSTED as an 'Outstanding' school and is also featured on the Ofsted 'good practice' web site following a themed inspection on Citizenship which recognised the schools s innovative work on equality diversity and identity. Rossett is an enhanced mainstream school for Special Learning Difficulties (SpLD) so has particular expertise in Special Educational Needs (SEN). The school has a successful track record of tackling in-school variation, notably through raising boys' levels of achievement.

Rossett has supported a school in difficulties following a satisfactory Ofsted and the senior leadership team have also exported their skills and expertise. Rossett staff have worked alongside three schools in Australia on Assessment for Learning (AfL) and one in Portugal (SEN). 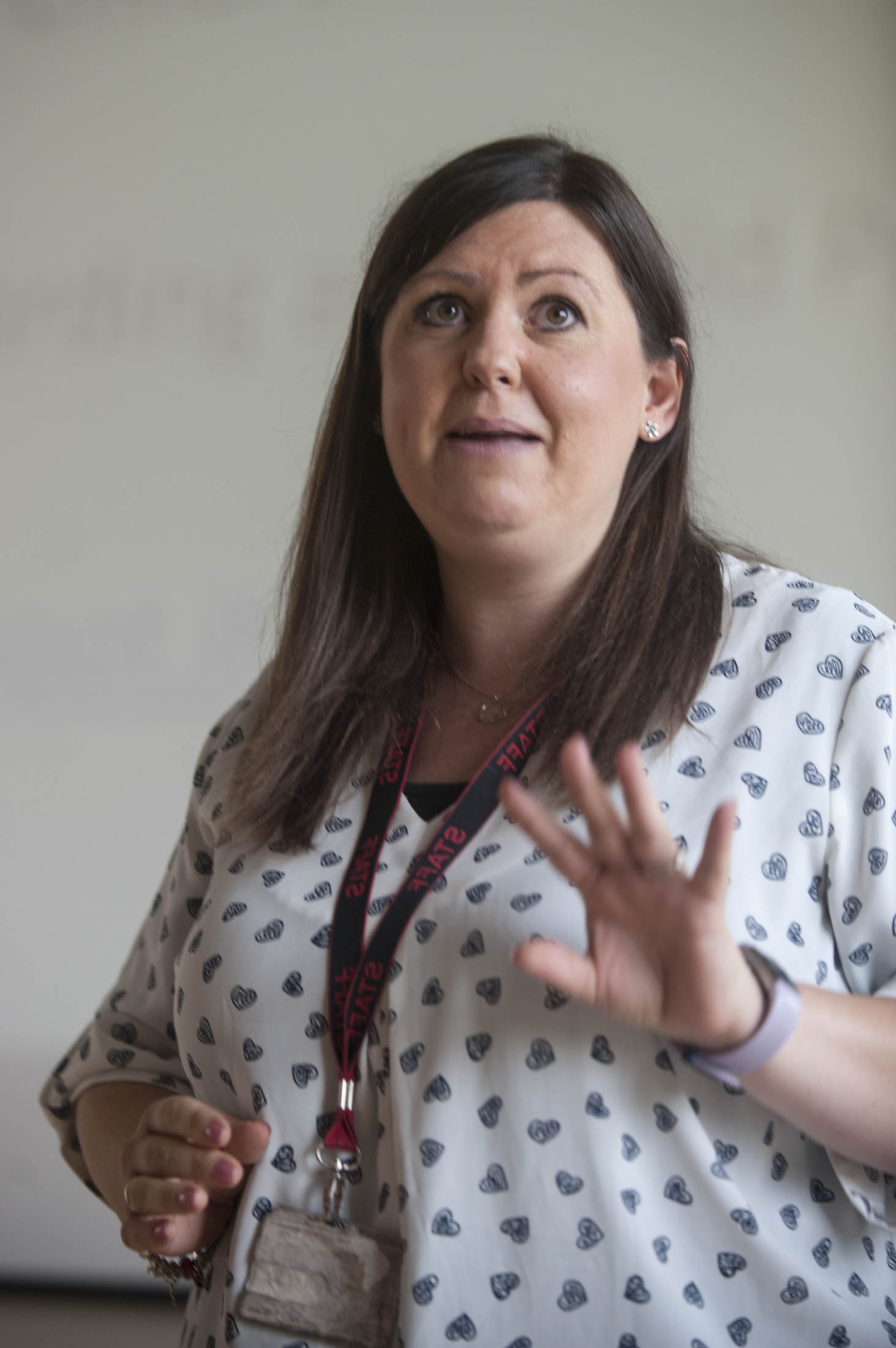 An economics graduate, Steve Howell joined Harrogate Grammar School in 2009 and brings broad experience as a management accountant and finance manager with Unilever, Coca-Cola and several other interim financial roles. Latterly he worked with North Yorkshire as a financial advisor to primary schools.

Steve helped steer Harrogate Grammar School through the process of academy conversion and then the formation of Red Kite Learning Trust.

As company secretary of the Red Kite Alliance he is immersed in the Teaching School’s activities and also operates as an SLE with specialisms in academy conversion and financial management. Steve also delivers training to aspirant headteachers and advises Teaching Schools on financial sustainability.

Ian has been a Headteacher in two Leeds schools for 12 years. He is currently Headteacher of Ireland Wood Primary School, which has a highly regarded resource provision for children with physical disabilities. Ian is also the Chair of the Ireland Wood Children’s Centre Advisor Board and he has, until this year, been chair of the North West Educational Learning Partnership Trust. Previously, he has been Chair for Leeds Extended Services North West Cluster (8 Schools) and has represented the Outer North West on the Leeds Headteacher forum group.

Ian has been through 5 successful Ofsted inspections as a Headteacher and he has held senior management positions in Primary Schools for over 16  years. His particular areas of expertise are in Physical Education, Strategic Leadership and SEN.

Amanda Lightfoot has been Headteacher at Austhorpe Primary School since Janauary 2015. Prior to this Amanda was an Advanced Skills Maths teacher, Deputy Headteacher and Acting Headteacher in Wakefield LA. Amanda has experience leading teaching and learning as a Governor at The Temple Learning Academy. She is also Chair of Temple Newsam Learning Partnership Trust and involved with Headteacher induction.

In September 2017 Amanda was delighted to join the Red Kite School Centred Initial Teacher Training Committee. An Education Graduate from Lancaster University, Amanda has a Masters degree and National Professional Qualification in Headship from Leeds University.

Will Carr has served as Headteacher at Ralph Thoresby School in north Leeds since 2012. During this time the school has made significant improvements, especially in terms of student outcomes. These improvements were recognised by Ofsted in 2015 when the school achieved a ‘good’ grading, a step up from previous inspections. Inspectors commented that ‘morale in the school is high and there is a culture of high expectations’. The school continues to go from strength to strength.

As Chair of the Secondary Leaders group for the Red Kite Alliance, Will leads an outward facing group of Headteachers who are focussed on sharing best practice with the aim of improving the quality of education for all young people in Red Kite schools.

Prior to working at Ralph Thoresby, Will served as a senior leader in schools across West Yorkshire. As Deputy Headteacher in another Leeds school, Will played a key role in helping to steer the school out of the ‘special measures’ category. He has experience of further successful school to school support work in the region and takes a lead role in the North West Leeds Area Inclusion Partnership, a collaborative group focussed on providing effective opportunities for all young people, including the most disadvantaged.

Helen began her career in Essex many moons ago working in a large inner city primary school and becoming an advanced skills teacher for behaviour and literacy before moving back to Leeds to take up a post as a deputy head teacher in Horsforth.

Helen has been a head teacher since 2009 of two very different schools. The first being a small and largely affluent primary school with a nursery which gained an outstanding OFSTED judgement in 2012. She is now head at Meadowfield Primary, Nursery and Children’s Centre in East Leeds which has the largest percentage of pupils in receipt of the pupil premium funding grant in the city of Leeds~ thus presenting a very different challenge.

Helen has recently been appointed as a Local Leader of Education and represents her Trust on the Leeds Primary headteacher forum and the Schools Forum. She is now looking forward to a new stage of working across authorities with the Red Kite Alliance.

I have led Benton Park School as sole headteacher since June 2016, prior to this I led the school as a Co-headteacher from September 2012. During this time the Student Outcomes of the school have improved significantly and the school’s Ofsted Judgment is ‘good’ across the board. The school has a clear and strong vision to ‘create a climate for great learning, success and opportunity for all and this ensures positive outcomes for students both personally and academically.

Prior to this I have worked at Leadership level in a number of schools both in Northumberland and in West Yorkshire. My drive at all these schools has been to ensure positive experiences for all students and to enable them to be equipped for life-long learning.

I look forward to being a member of the Red Kite Steering Group to be able to work collectively with headteacher colleagues for the good of the students we serve.

Jo moved to Yorkshire in 2012, having previously worked in a range of schools in Birmingham and London.  After serving on leadership teams in Tower Hamlets and as an inaugural member of an outstanding academy in Barnet, Jo became Deputy Head of Lawnswood School before taking on the role of Headteacher in January 2015.  Under Jo’s leadership, Lawnswood School has made significant improvements and is becoming an increasingly popular choice in the local area.